If you buy prepared duck it is expensive, because it’s long to prepare (slow cooking for several hours), but is very simple and affordable if you do it at your home! But to be ready for new year’s eve you have to start now!
Instead of buying a 100$/kg duck terrine, a 12$ confit leg and a 12$ pot of duck fat to cook potatoes, you could buy a 30$ duck and prepare the equivalent of more than 130$ worth of food at your local food shop! Now you have saved all that money you can spend more on a nice Pinot Noir!
I even give you my tricks to benefit from the succulent bouillon and fat nearly all year 2016!
Here is what you will get from one duck :
Rillette de Canard 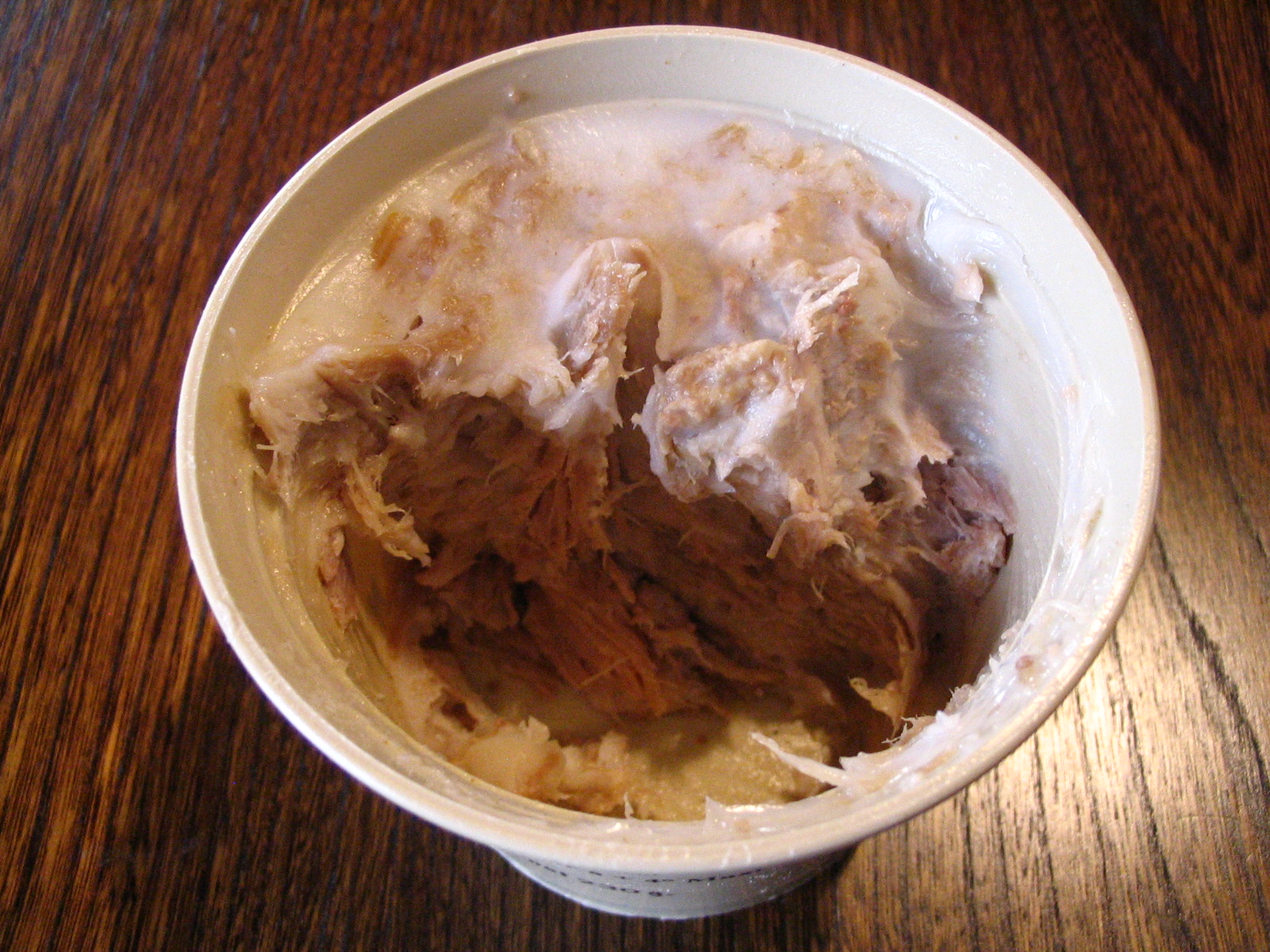 TIP to choose a good duck : The more the fat is dense, usually the better it is, the best is to have a duck from a local farm.
A duck must be at least 5 pounds, bigger is the better, the firmer too and a good fat tends to be more yellow than white!

The duck has a reputation of being fat, but the fat of duck is probably one of the best for your health on top of being exquis!

Here is the steps to follow to first prepare and cut properly the duck legs and breast / « Magret »:
PREPARATION
MAGRET SÉCHÉ (ma-grey say-chay) /Dried duck breast
In a ziplock put some raw salt (salt in big chunks) add the magret and some spices. Looking through the ziplock you should not be able to see the magret must be all covered with a lot of extra salt. Let it sleep for the night or 15hours.
The magret should shrink, remove all the extra salt and spices. Roll it in a clean tissue, with no odours or softener used to clean it. Let it sleep for 3 weeks in the bottom of your fridge, after 20 days you can try to taste a piece because the ends should be ready!
DUCK CONFIT (legs slow cooked in duck’s fat)
You’ll need to take all the fat removed from the rest of the beast and cut it in little pieces in a pan at slow cooking for 2 hours at least just slowly bubbling. You should have then enough grease for the confit (meaning cooked in fat!).
The process for the legs is similar to the magret beginning, put the legs with salt and spices in a ziplock for the night. The day after rince in clear and fresh water. Then you will put the legs in the fat slow boiling. If you don’t have enough fat to cover the legs completely add water. You will be able to remove it after if you want to keep the fat and you should!
Once cooked for two hours at least, the legs should be ready, remove them and store them as long as you need. You can even froze them for later. Once you want to eat them I suggest a little roasting in the oven to have a crispy skin!
Don’t waste the fat used and put it in a bowl for several hours in the fridge, the water and the fat should be separated. This fat is amazing to cook some potatoes!
RILLETTE + BOUILLON
The rest of the duck still has a lot of meat and fat on it, but not very fancy to eat or to serve. So the trick is to roast it in the oven at broil for 15 minutes in a big pot with a top (big enough to cover the full duck). Once you have broiled the beast, take the pot out from the oven, add water all over the beast and put some salt and paper, spices of your choice, herbs and oignons. You may also include potatoes or some other vegetables. The idea is to then slow cook all that in the oven for several hours. After it’s done, you will remove the mix liquid put it in the blender until you have the desired texture.
The rest of the meat on the bones should now easily go off, remove as much as you can with a forch. Put everything in a little bowl add a spoon of fat from the previous operation then put in the fridge.
TIP: The bouillon out from the blender can be used in many sauces to do so I put it ice cube bags to froze them and use a cube when I need it! The same can be done with the fat.

BON APPETIT and Happy holidays…
I strongly suggest you pair all that fabulous food with a good wine like a Pinot Noir or a Cabernet Sauvignon!
TO KNOW WHERE TO BUY a few very good places in QUEBEC if I don’t know you guys just contact me and I’ll be happy to add you!
http://www.volaillesdangele.com (St Esprit)
http://www.canardgoulu.com (Québec)
http://www.augoutdautrefois.qc.ca (Ile d’Orléan)
http://rusecommeuncanard.com/lesproduits (Estrie)